Back to the Basics: Bank Station Placement

Lately, I’ve seen a lot of basic bank station issues for models I have reviewed.  Some real basic stuff.  So I thought it would be good to go back to the basics a bit here and review proper placement of bank stations for cross sections in HEC-RAS.
What do bank stations do for us?  First of all, they separate your channel into three distinct conveyance zones.  One for the left overbank, one for the main channel and one for the right overbank.  Not every application has multiple conveyance zones (i.e. canals), but most natural systems do.  By segregating out the different conveyance zones, we are using Manning’s equation to more appropriately determine energy loss through the system.  Here’s an example of a simple cross section with properly placed bank stations: 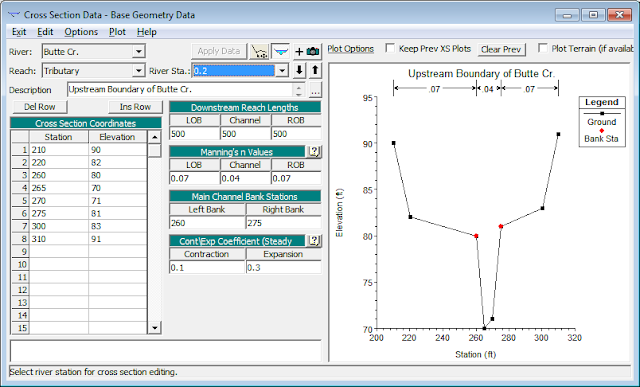 Notice the bank stations (the red dots on the plot) also reside at the grade break between the physical channel and the flatter overbanks.  While this is typically what is done, remember the correct placement should always be made based on the location of the change in conveyance.  For example, if you have a lot of thick vegetation down the banks of the channel, you might conclude that the excessive roughness there pushes the boundary between conveyance zones down closer to the toe of the banks like so: 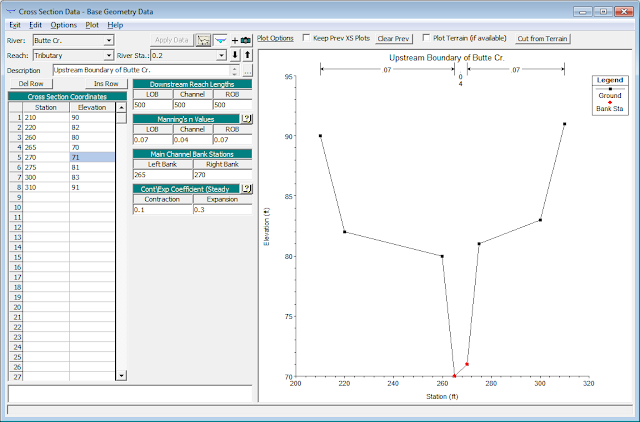 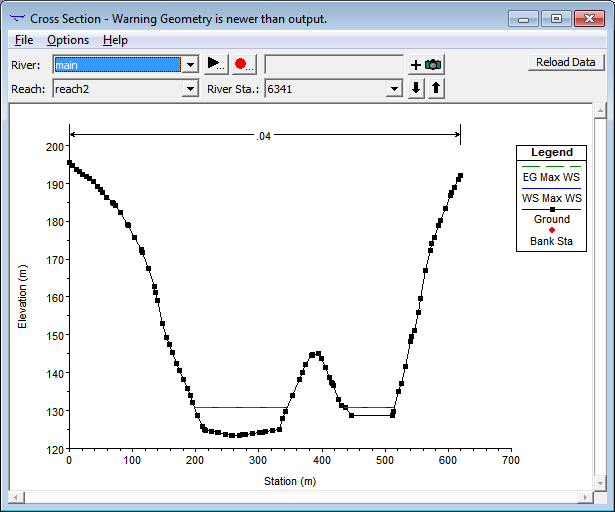 One might initially conclude that the deeper channel should get the bank stations in which case you may place them like this: 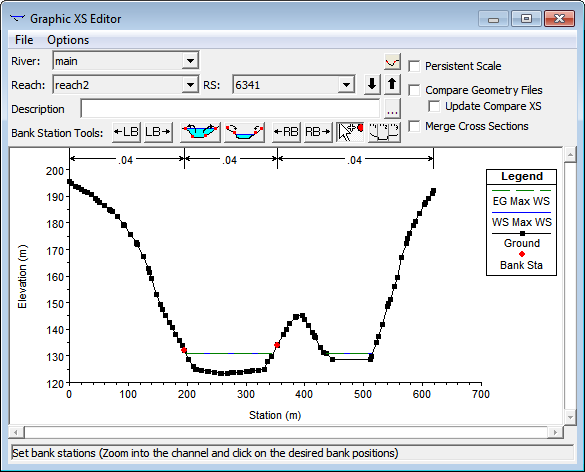 However, it is important to know what is happening upstream and downstream of this location before you can make this decision.  Perhaps the smaller channel is actually the main conveyance and there just happens to be a large low-lying area in the left overbank. 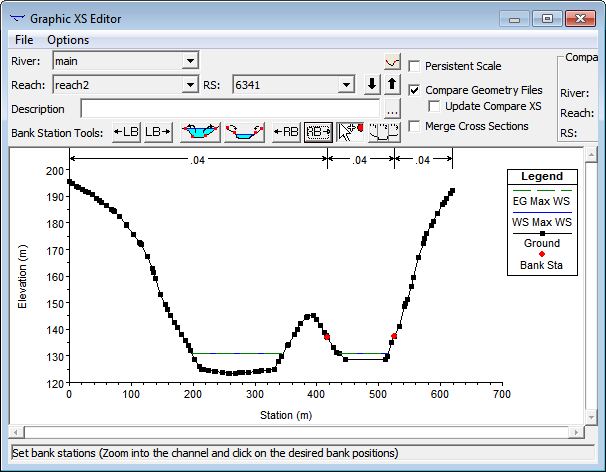 You would only know this by studying the reach above and below this spot.  Having nice aerial imagery behind the geometry schematic can help to make this decision for you. 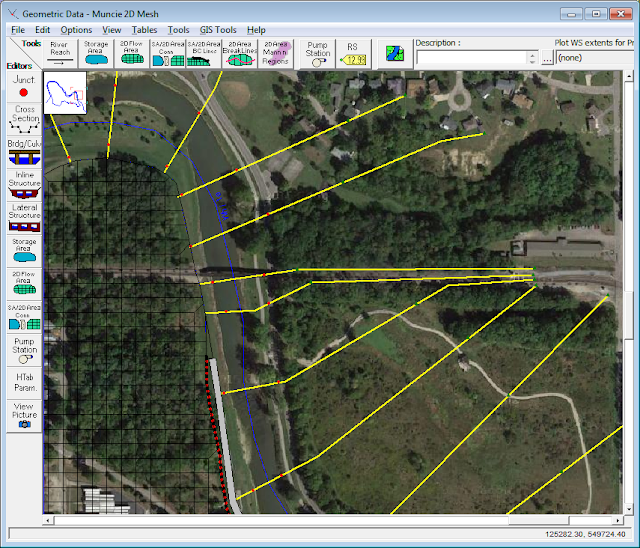 This article shows how to fix the "Weir Submergence Not Set" error.