Our office ran into an unusual modeling situation recently.  Here is a description of the situation:  The project is a dam breach model, and the spillway for the dam diverts water to an adjacent basin.  The spillway is actually more like a canal (the spillway reach) that runs about a mile until it empties into the adjacent basin. The dam that impounds the main creek has a typical regulating outlet system that supplies water to the main creek, while the adjacent creek (supplied by the spillway) remains dry except for large flood events when the pool rises above the invert of the spillway.  The original unsteady model was constructed such that the creeks were modeled as separate reaches, both connected to a storage area representing the reservoir (see FIGURE 1 below).  Both the dam and spillway were modeled as an inline structures.  FIGURE 2 shows a close-up view of the spillway. 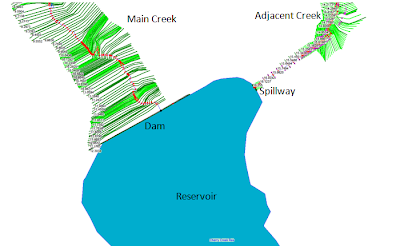 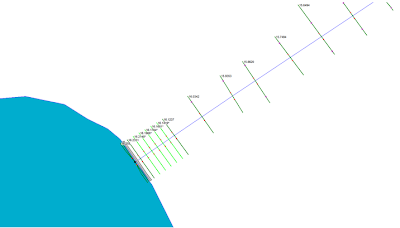 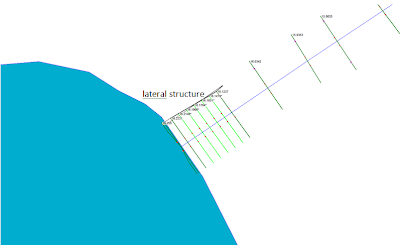