Lateral structures can be used in HEC-RAS for transferring flow from a river/reach to another river/reach, 2D area or storage area. This allows the user to physically represent a variety of geometric features. In this example, lateral structures were used to capture flow overtopping high ground on the spine of a sharp river bend in a 1D model (Figure 1). 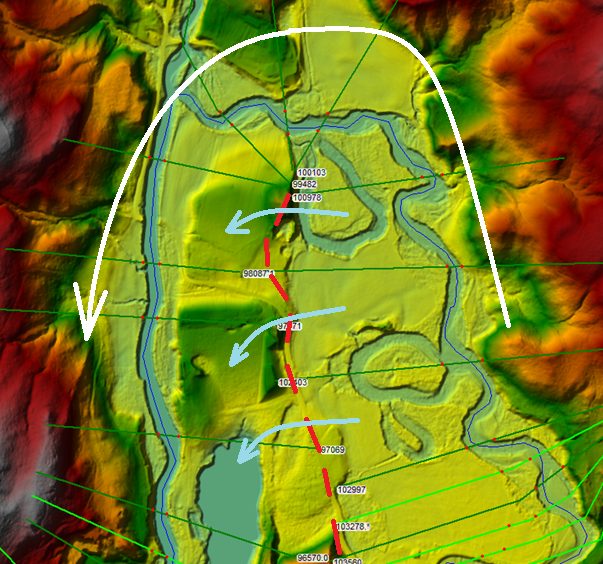 During low flow conditions, flow remains in the channel and follows the channel alignment around the bend as shown with the white arrow in Figure 1.  During high flow conditions, flow in this area is two-dimensional, with flow transferring from the upstream side of the bend (right side) to the downstream side of the bend (left side) over the spine of the bend, represented by the red dashed line.  One option for simulating this in HEC-RAS would be to convert this part of the reach to a 2D area, but in this case we wanted to keep the model 1D (to keep the model simple and fast!).  In a 1D HEC-RAS model, when the water surface elevation exceeds the elevation of the cross-section terrain, the cross section is extended vertically from the end creating a “wall” at the edge of the cross section (see figure below). In this case, this limits flow from transferring from the upstream end of the bend to the downstream end through the center high ground that is overtopped in the high flow scenario. This forces flow around the bend in the channel, not allowing it to short circuit the bend. In reality, flow would be transferring from the upstream end of the bend to the downstream end of the bend, resulting in a much smaller drop in head moving across the spine of the bend. 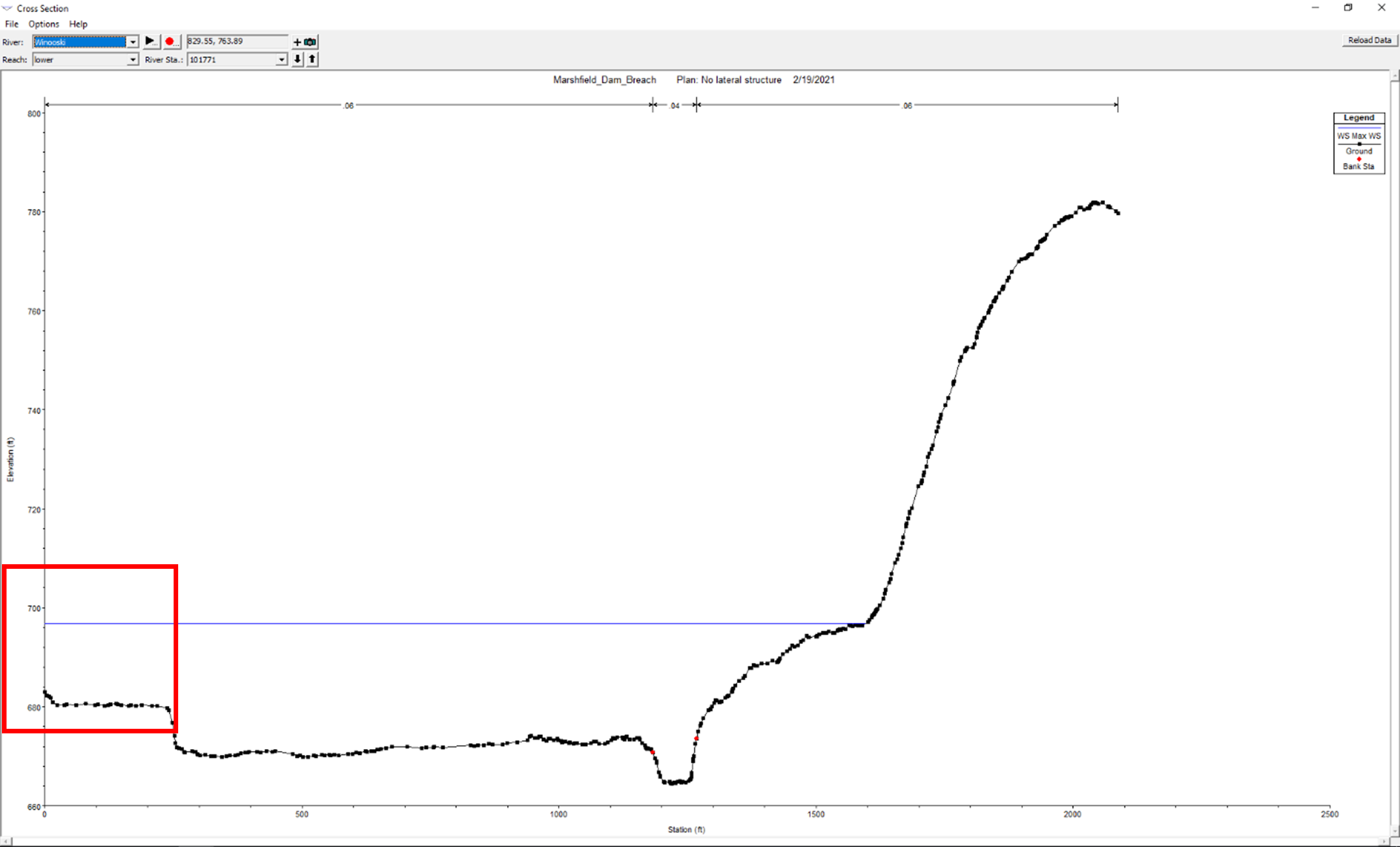 Figure 4.  Differences with and without lateral structure on the bend.

Still, a strong argument could be made to make this portion of the model a 2D area and let HEC-RAS figure out the flow transfer around the bend and over the high ground at the spine of the bend-especially considering the uncertainty of the weir coefficient to use.  But if you do have to keep the model 1D, this would be a suitable method to simulate this effect.