Tuesday Tip of the Week–Axis Zooming for True Peak Discharge

Another simple, yet very convenient tool not found discussed in the manuals is the ability to zoom in on one of the axes of a graphical plot.  This is especially useful when trying to determine if you’ve captured the true peak discharge in a steeply rising hydrograph.  Take the following example: an unsteady flow dam breach output flow hydrograph. 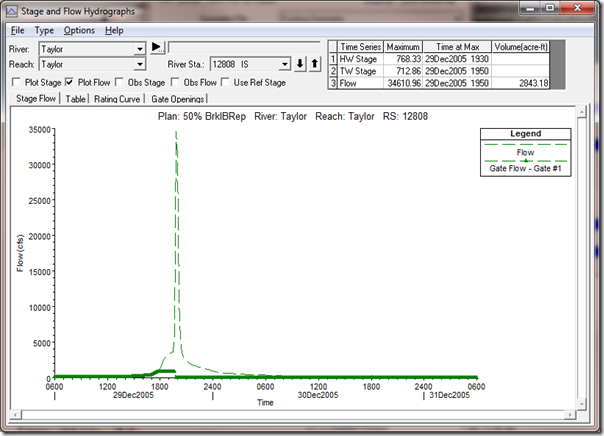 Here we have a steeply rising flow hydrograph from a breach at the inline structure that appears to have a peak discharge of about 35,000 cfs.  To visually inspect whether or not this hydrograph captures the true peak, we can zoom in on the x axis by clicking and dragging a “bar” on the axis itself.  Simply place your cursor just below the x axis line, on the axis labels (in this plot, the time, in hours), then click and drag a red bar bracketing the portion of the hydrograph you wish to zoom in to. 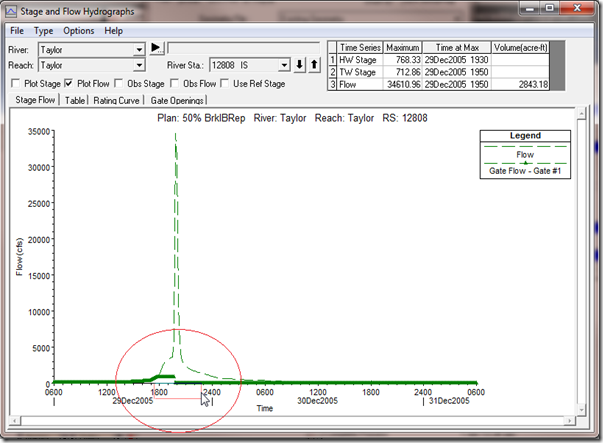 Once you release the mouse button, the plot zooms in only on the x axis, in effect “spreading” out the hydrograph so that the peak is more apparent.  Notice that the full range of discharges still appear in the plot, we’ve simply truncated the time window to a more visually convenient range. 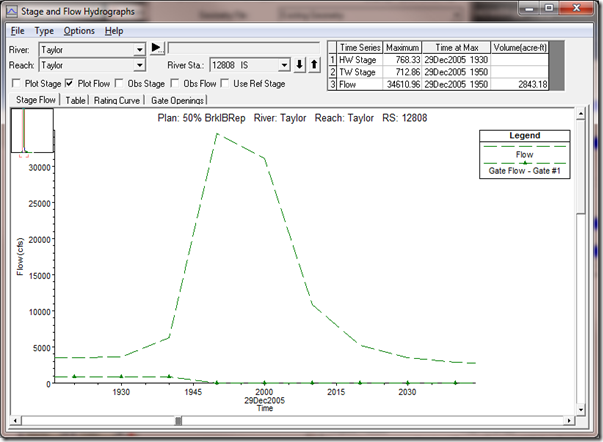 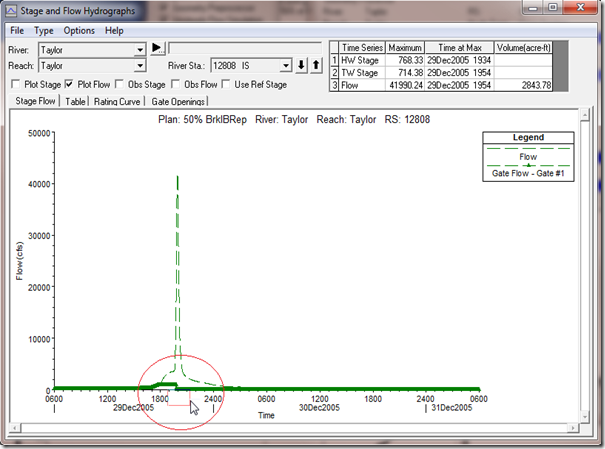 After zooming in again on the x axis, we can see that we have a much better representation of the true peak of the discharge hydrograph, which is closer to 42,000 cfs, versus the 35,000 cfs shown in the first simulation: 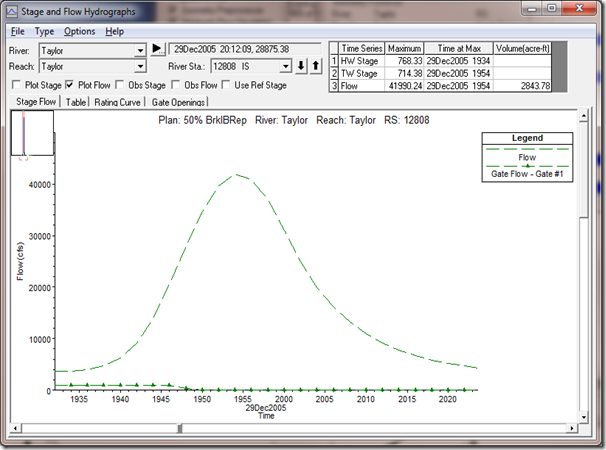