How to draw cross sections. 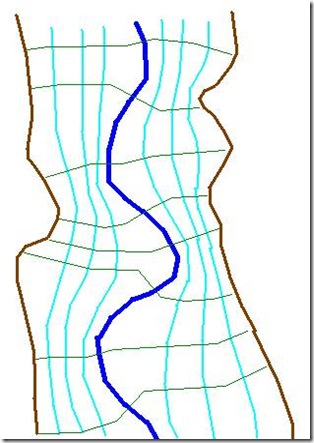 It takes a little bit of practice to do this correctly, and most of the time some trial and error, but as long as you remain perpendicular to the flow lines and don’t intersect, you’ll have a good set of cross sections.
Where it can get tricky is at a junction.  The following RAS Bloggery article will help with junctions.  http://hecrasmodel.blogspot.com/2009/02/how-to-best-model-junction.html